You are using an out of date browser. It may not display this or other websites correctly.
You should upgrade or use an alternative browser.
K

These are slightly edited posts I made on a private classical music forum a few months back. There were two posts I made over yonder, but I'll condense them into one post here.  Perhaps the WigWam will appreciate hearing music from the part of England which was known for considering Handel's music to be London.    The members of the private classical music forum were already aware of why the prominent composers of North East England during the 18th century disliked Handel's music so I didn't really get into that in these posts.  However, if you want to read more about that, read the Wikipedia entries linked below.

Charles Avison's biography can be read on Wikipedia.  As one can see there, he had a certain affinity for the music of Francesco Geminiani.  Avison was also influenced by D. Scarlatti and Rameau.  The result of this is evident in the three opuses of harpsichord sonatas written by Avison, Op. 5 (1756), Op. 7 (1760), and Op. 8 (1764).  It should be noted that these are actually accompanied harpsichord sonatas.  These works have a realized harpsichord part and thus can be performed without the accompaniment.  The recordings I share will have the accompaniment of two violins and a cello.

The recordings I share are performed by The Avison Ensemble and are published by Divine Art Recordings.  Op. 5 and Op. 7 are one album with the harpsichordist Gary Cooper.  No, not that Gary Cooper, but rather the English HIP keyboardist.  xD   Op. 8 is on another album with the Op. 1 Trio Sonatas with the harpsichordist Robert Howarth.  All of these albums are fully available on YouTube:

Here's are a couple of interesting statements from one of the notes:

Although one would imagine that these sonatas were written for performance at the local
concerts, Avison had not intended them for such a purpose. He noted that ‘This kind of
Music is not, indeed, calculated so much for public Entertainment, as for private Amusement.
It is rather like a Conversation among Friends, where the Few are of one Mind, and propose
their mutual Sentiments, only to give Variety, and enliven the select Company.’ Avison must
also have been aware that in the majority of cases these sonatas would be purchased by
amateur harpsichordists, and as such performed without the accompaniments, so he made the
keyboard part complete in itself.
Click to expand...

Given the fact that the Op.7 and Op.8 were both written during the 1760s, one might have
expected these later works to demonstrate more of the ‘galant’ style, which was in vogue at
the time. However, Avison did not think highly of these new styles, describing ‘the
innumerable foreign Overtures, now pouring in upon us every Season’ as being ‘involved in
the…Confusion of stile, instead of displaying the fine Varieties of Air and Design.’ As such,
Avison chose to write in an earlier style, refusing to adopt the current musical trends. Despite
this, they are still expertly crafted works, with a high degree of flair and imagination, and
reveal Avison to be an exceedingly accomplished musician. Avison’s sonatas are a true gem
of eighteenth century music, and firmly reinforce the notion that he was one of the most
important native British composers to work in that century.
Click to expand...

These might have been intended for amateur musicians, but they most certainly don't sound simple to play at least on the part of the harpsichordist.  Gary Cooper in particular plays very well and I'll focus now on some of my favorite bits from these recordings:

We will now take a look at the accompanied keyboard sonatas by Avison's good friend and fellow NE England neighbor from Durham, John Garth.  Garth, who lived to be almost 90, was active in Stockton for a while and so this might be the closest we get to a somewhat famous classical composer from Teesside.  xD

This comment from the liner notes made me laugh:

It was also most probably Garth who sent a letter to the Newcastle Journal in 1759 under the alias ‘Marcellinus’ in
defence of Avison who had been criticised for assuming sole responsibility of the Newcastle concerts.
Click to expand...

It seems our man Garth was not afraid of using a dup or dups.  xD [Klassik Note: The highly esteemed private forum where these posts were initially published mostly consists of members who started out on another classical music forum which purports themselves as being the 'biggest' classical music forum.  In reality, the only thing that's big on that forum is the amount of London on it including the large amount of members with multiple accounts (dups) who claim to be unique members!  :doh:   So, yes, this is why Klassik laughed at that comment.]

Since the liner notes do the heavy lifting of explaining this music for me, let's jump right into the music which is fully available on YouTube.  Gary Cooper plays the harpsichord, fortepiano, and organ on these various works, but he uses the harpsichord in most cases.  The fortepiano used by Cooper is an especially tinny sounding thing to the point that it almost sounds like a harpsichord.  I consider that to be a good thing.  xD   Here's the second movement of the Op. 2, No. 2 sonata on fortepiano:

Now that the fortepiano is behind us, let's get to some harpsichord music.  We'll start out with the first movement of the Op. 4, No. 4 Sonata:

I'll also post both movements from the Op. 4, No. 5 Sonata which might be my favorite on the two CDs of this album:

I've got some of Charles Avison's music on Naxos CDs and only finance prevents me from getting more!

I prefer the John Garth overall, though at least one of them is little more than 3 minutes worth of Alberti bass. The Avison con tenerezza is also good as you get to savour the actual music. :brick:

Le Baron said:
I prefer the John Garth overall, though at least one of them is little more than 3 minutes worth of Alberti bass. The Avison con tenerezza is also good as you get to savour the actual music. :brick:
Click to expand...

You know aboot you, but when I see the word 'tender' associated with Newcastle, I usually think of this xD : 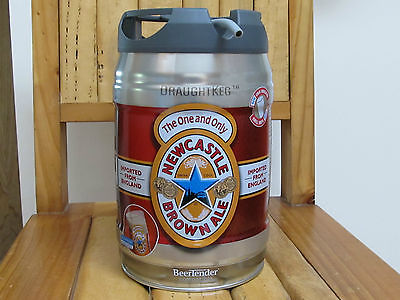 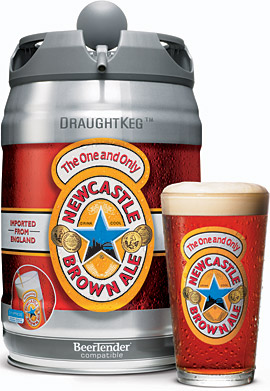 Any Recommendations for buyers of rare classical LPs?

Nostalgia and retro-mania in music