very nicely made , solid feel . ordinary RCA plugs . nice volume knob, very smooth and a remote . all for a ridiculous price of £395 s/h! I belive it has one valve

guitar and harp really have very nice snap and decay, vocals are very full natural and the whole thing sounds very full bloodied . listened to a lot of cds and spotify premium and its vey enjoyable . sound stage is wide , bass slightly woolly at times but very full . highly recommended to anyone on a budget

Over the weekend took delivery of my second piece of Audio Note kit - a pair of AN/J LX HE speakers - need running in, but sounding brilliant. 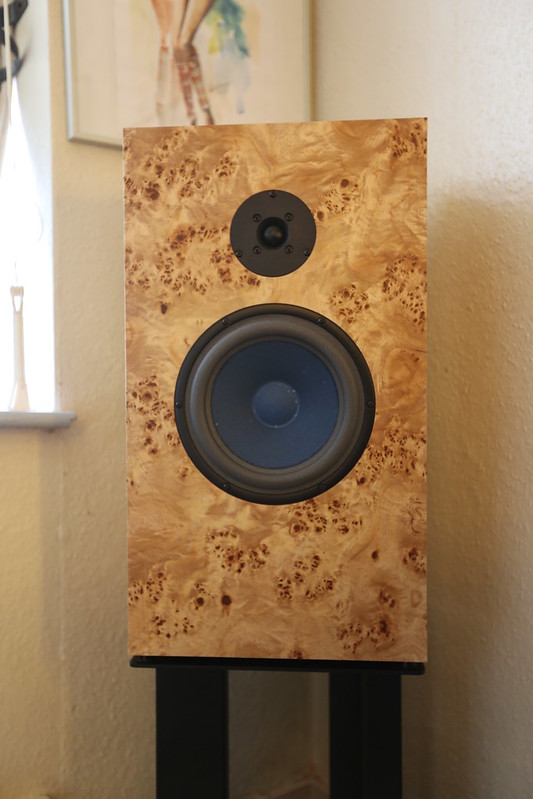 Here is the DAC as well: 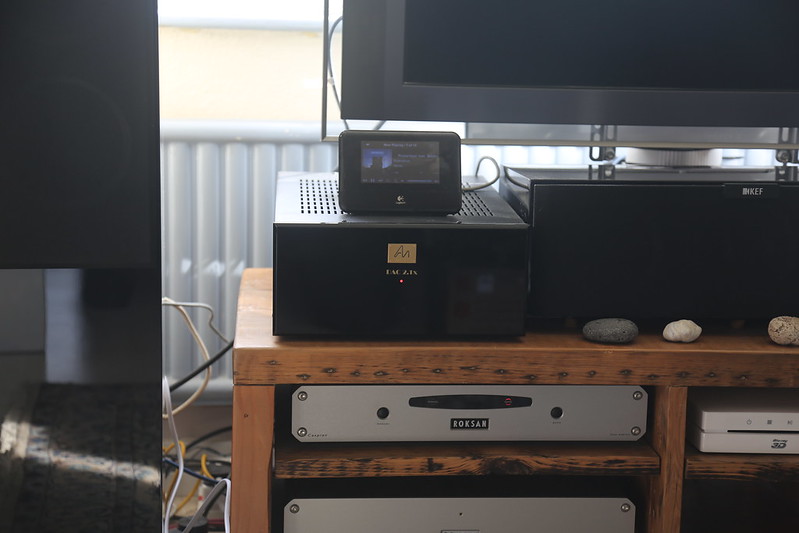 ^Great looking AN-J:s! I also have a pair and been very happy with them. Here's my latest AN purchase:

Great that is all we need an AN arm on a Gyrodec. - Reckon she sounds pretty darn good.

She sounds great! I also use Gert Pedersens armboard upgrade which gave more stability to the sound. It's a pretty fast combination with Ortofon Blue cartridge

I'm a long time AN fan. Currently there's an Io2/AN arm 3 and some AN-E SpX-SE in the system and staying, and a pair of 300b PSE monos loafing around :^

^Nice :^ I got into AN about 4 years ago and there's no turning back. Old gear started to sound too "hifi" and effected the music I was listening to. Now I can throw anything at them and it sounds great. Though I need to get more space for the new records...

Got a couple of AN bits in my system

Might be the screen on my phone but a Paeony red Io is a thing to behold. Nice

Sent from my GT-I8190N using Tapatalk

mmm, that m3 looks nice . listening to debussys arabesque last night , the harp just sounded so real and present . and that's just a lowly m-one . they sure do make some nice stuff

mmm, that m3 looks nice . listening to debussys arabesque last night , the harp just sounded so real and present . and that's just a lowly m-one . they sure do make some nice stuff
Click to expand...

The M2 is very nice too Phil and comes up periodically at sensible money.

That M3 looks lovely, I'm waiting for my dealer to get his OTO Signature in, then I can demo that with his OTO SE and make some decisions about an amp to drive my AN/Js

There is a big difference between the M2 and the M3 as reflected by the price.

The M3 is the bottom end of the series that stretches up to the M8 with differences in transformers, components, and valves along the way, but the circuit and phonostage (if fitted)is basically the same. From my understanding the M5 is probably the sweet spot in terms of performance v price.

Roughly what would you pay for a M2 and M3 used in the UK?

My personal cartridge, I purchased this one-off copper bodied IO-Gold and had it completely rebuilt as new. I truly adore it. 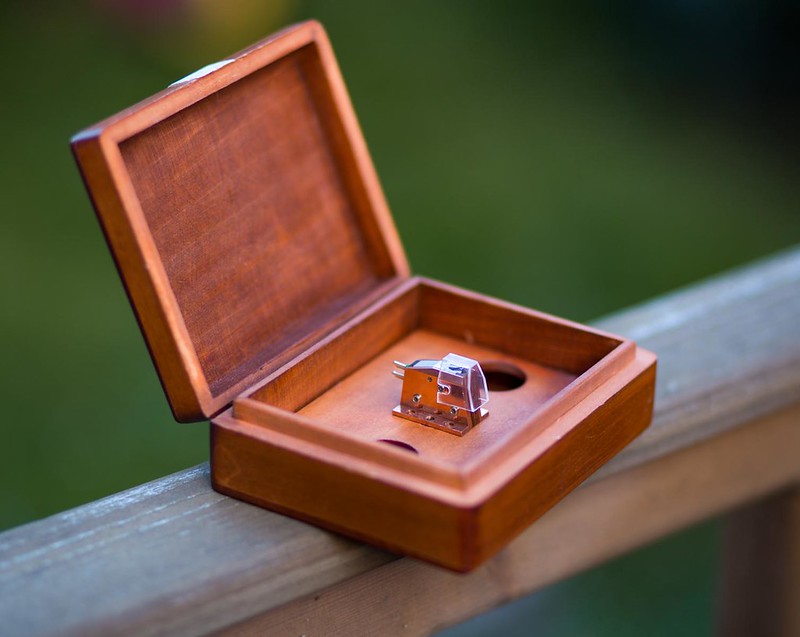 Roughly what would you pay for a M2 and M3 used in the UK?
Click to expand...

There is an M2 in the classifieds. I sold my early M2 with phono stage for £700ish.

I listened to Nick's old M3 against his Modwright. The Modwright was quite a lot better imo.

That M3 looks lovely, I'm waiting for my dealer to get his OTO Signature in, then I can demo that with his OTO SE and make some decisions about an amp to drive my AN/Js
Click to expand...

I was listening to an OTO SE with AN/Js at the weekend, (with a lovely Garrard 301). Not surprisingly they work extremely well together. The OTO is a bit of a jewell in the AN crown.

Roughly what would you pay for a M2 and M3 used in the UK?
Click to expand...

The M3 would be £2k to £3k (or more) depending on age and whether a phono stage was fitted.

I had Nick's M3 here for a couple of hours enroute to it's new owner.I should have plugged it to my system for a listen :doh:

I finally had an Oto SE in the house recently all be it a heavily modded one which belongs to Chris (hearingisbelieving) when we compared the Oto against my Mastersound there was not that much in it, the sonic signature was very very similar indeed.

On another note when we compared his Dac 2.1 signature again a modded one, the difference between the AN and my Jolida was somewhat a different story, in all honesty the AN Dac was far superior in all areas of performance, to be blunt it pissed all over my Jolida!

Ive know given up on the idea of getting an Oto as its too much of a sidewards move, Im still looking at alternate amplifiers such as a 300B model and Im also considering a AN dac.

I also recently had over AlanB with his Lavardin amplifer and again the AN-K's worked very well with his amp and sounded sublime!