This is one I play the most.
L

Klassik said:
Klassik noticed while posting the above post today about the Boccherini & Cirri album that Klassik had posted something about Prokofiev's cello sonata. For some reason, while Prokofiev is the topic of the post, the YouTube video Klassik posted was of Marin Marais' Le Tableau de l'Opération de la Taille. That is an early example of program music, in this case for viola da gamba and harpsichord, and the music is about bladder stone removal surgery.

That memorable 'rock music' piece aside, Marin Marais is one of the biggest names in viola da gamba music and is worth a listen if one likes that instrument. In addition to the English names mentioned earlier, John Jenkins is another composer of viol music worth a listen. Jenkins was friendly with William Lawes.
Click to expand...

Must dig out my Marais album, it's got a nice programmatic piece on a ground bass, The Bells of St Genevieve.
Reactions: Klassik

This was recently daily deal at eClassical and I really like it: 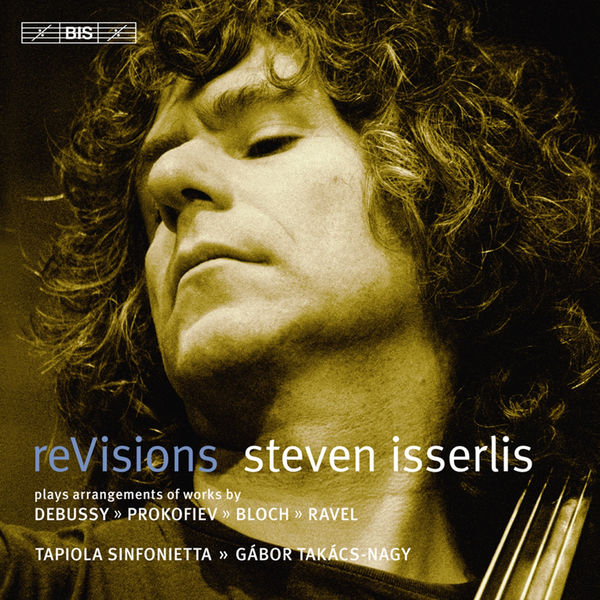 Rostropovich is the king of the Cello

Somewhere else recently I posted Milhaud's cello concerto (last in the list). I think that without doubt though among the handful of best 'modern' cello works for me are Mieczyslaw Weinberg's 1940 concerto and the one by Joonas Kokkonen (1969). Sol Gabetto does a great job with the Weinberg.

Here's a cello sonata from Maria Bach from a recently released CD from the cpo label. As far as Klassik knows, Maria Bach is not related to J.S. Bach and family. Maria Bach was a 20th century composer whose works straddle the line between Romantic and Modern, but this cello sonata is one of her more Romantic sounding works out of the few Klassik has heard.


For the sake of comparison, here is the last movement of Maria Bach's String Quintet. This is certainly a much more 20th century sounding work:


Anyway, the new cpo CD has both works along with what might be Maria Bach's most popular work, the 'Wolga' piano quintet.

Improvised cello playing sometimes throws up little gems like this.

Le Baron said:
Somewhere else recently I posted Milhaud's cello concerto (last in the list). I think that without doubt though among the handful of best 'modern' cello works for me are Mieczyslaw Weinberg's 1940 concerto and the one by Joonas Kokkonen (1969). Sol Gabetto does a great job with the Weinberg.

That Weinberg is astonishing! Wow! Thank you for a great find.
Reactions: Le Baron

This is pretty marvellous. Apologies if already mentioned, earlier...

tuga said:
This was recently daily deal at eClassical and I really like it:

Here's a new album which came out recently that Klassik purchased on CD. It's an album titled 'Gems from Armenia' on the Cedille Records label from the US and it contains music for cello and piano performed by the the Aznavoorian Duo (sisters). The Aznavoorians are Americans of Armenian heritage. According to their liner notes, the father of the sisters actually made the cello used in the recording!

As one would expect from a recording of Armenian music, there Aram Khachaturian's music does show up on here. Perhaps the second most famous composer on here is Alexander Arutiunian. Arutiunian is famous for his trumpet and tuba concerti, but he has some other good works Klassik has heard before as well. Here is his Impromptu that is on the album in question. It's a bit exotic sounding and a bit of a romp.


The disc does have one new composition on it which was composed specifically for this recording by American composer Peter Boyer. Here is Boyer's explanation of the work:


Peter Boyer said:
This piece was composed for Ani and Marta Aznavoorian, sisters of extraordinary talent and musical accomplishment. The catalyst for the composition was their 2021 recording project for Cedille Records, the theme of which is music for cello and piano by Armenian composers — reflecting the Aznavoorians’ Armenian heritage.

Having admired Ani and Marta’s musical artistry, I was eager to write a piece which they might perform and record, but being clearly non-Armenian myself (an “odar,” as I came to learn), I was far from an obvious choice as a composer for their recording. However, having previously composed works inspired by mythology, I conceived the idea of a piece based on an Armenian myth or legend, which might find a place alongside music by Armenian composers. Some research and discussion led to the idea of a piece inspired by Mount Ararat.

There is a legend which holds that Mount Ararat is the resting place of the mythical Noah’s Ark. Apart from that tradition, Mount Ararat holds great significance as a symbol of Armenia, to those of Armenian heritage. As Ani Aznavoorian has stated, “countless wars have been fought and lives lost over the land where the mountain lies.” Both that tragic history, and impressions of the breathtaking mountain itself — as I have viewed only in photographs — were in my mind while composing this music.

In order to bind this piece even more closely to the repertoire for this recording project, I was asked to consider incorporating a quotation of the folk song “Krunk,” or “The Crane,” of Komitas (Klassik note: these Komitas works are also on the disc), a figure of unparalleled importance in Armenian music. Though quoting folk songs is not at all my usual practice as a composer, and in this case the harmonic language is different than my own, I did include this quotation at the end of the piece — in a manner which I hope honors its original setting, and fits within the context of the work.
Click to expand...


There are some other good works on the disc worth checking out if one is interested. The Aria & Dance from Arno Babajanian is especially worth a listen.
Reactions: maddog_007