My album of the year is -

A little bit different to the best album released in 2013 thread as this one is to tell us the best album that you have discovered this year, regardless of release date. 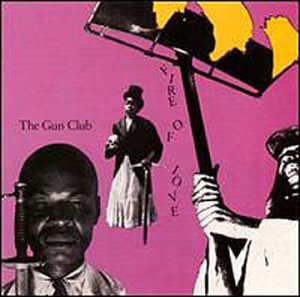 The Gun Club - Fire of Love

Led by enigmatic frontman Jeffrey Lee Pierce (who met an untimely rock 'n' roll style ending to his life) and featuring Kid Congo of Nick Cave and the Bad Seeds fame, I consider this a 'must have' album.

If you like Velvet Underground and Nico, give it a spin, I think you'll like it. I do.

It's got to be Blue by Joni Mitchell for me.

Discovered lots of stuff this year through the Wam, which is one the true pleasures of this place.

However, for me this has been the year of Wevie Stonder.

(Yes, I am the bastard lovechild of Sodders).

Completely barmy and yet fookin genius at the same time. :^

Kenyan Harry is probably the strongest album for me, although the screaming insanity that is Boiled egg is my favourite track.

Discovered lots of stuff this year through the Wam, which is one the true pleasures of this place.
Click to expand...

I'd have to agree with that. Spotify Discover and the Wam have been my 2 biggest sources of new music this year.

It's got to be Blue by Joni Mitchell for me.
Click to expand...

IMO as back then/now this JM is jolly good.

Dead Can Dance - Anastasis (and the subsequent live concert album from the world tour).

To be fair, I don't think they have ever made a bad song though!

Dead Can Dance - Anastasis (and the subsequent live concert album from the world tour).To be fair, I don't think they have ever made a bad song though!
Click to expand...

Anastasis is indeed a fab album - Its the first Dead can Dance album that I have got into.

can I have 2 please sir?

Passenger - All The Little Lights (de luxe edition well worth the extra £) and the Elton's album The Diving Board, Elton &amp; Bernie back to the top of their (early) game and it's all the better for dropping his backing band completely for this - IMHO it can stand on its own along side Elton's best work

That's going to take some serious consideration. Best half-dozen albums of the year - not too tricky, but to narrow it down to one?! Hmm....

If it's just one from this year, then:

Simply Can't do just one, can I have three please?

Emily Maguire " Bird Inside a Cage"

I like Female vocals Andy should I go for your number 1 choice "Agnes Obel"
Click to expand...

Yes comes highly recommended if you google her you will find the whole album streamed. Just stunning vocals with the accompaniment of a cello and a piano its a must have album mate.

I like Female vocals Andy should I go for your number 1 choice "Agnes Obel:^My choice is John Grant "Pale Green Ghosts" just such a suprise when I first heard it

Well I'm not fussed but Philharmonics got me its hypnotic.

Archive - "With us until you're dead" 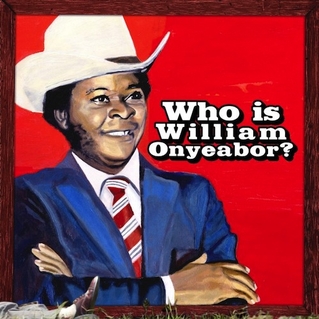 just nuts in parts and hypnotic. one of the joys of what are you listening to right now

Dammit, cant decide, highlights for me include:

Passenger - All the little lights

Kodaline - In a perfect world

London Grammar - If you wait

Daughter - If you leave

Lucy Rose - Like I used to (Saw her live too)

Overall its got to be: Passenger - All the little lights - Just a really good, witty, interesting collection of songs that work really well together.

Introducing The Gleeman, My Mate and a Mighty Fine Singer / Songwriter!

Recorded Music May 23, 2022
Jaguarnut
J
B
Nick Drake. Pink Moon. 50 years on the album that gets more famous year by year