A mate has one (an IC400) that he says needs new heads. Mine is even older (a Mk3) on which some previous idiot has tried cleaning the heads with methylated spirit so now they're all pitted. I've tried cleaning them with isopropyl alcohol and they're better but not as nice as they could be. Anyway, I was thinking that Charlie [Watkins] wouldn't have used any more specially-made parts than he had to. They must be bog stock tape-recorder parts. Where do the Revox/Sony/Phillips/Akai R2R rebuilders go when they want a new head?
A 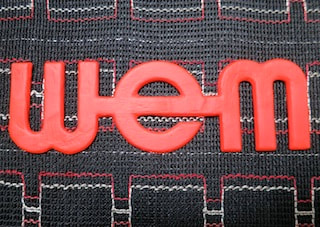 A quick google brought up the above!

Phil Taylor of effectrode does binson echo recs, he may have some info.
Reactions: audio_PHIL_e

Why not try to polish the heads with a buffing wheel on a Dremel ?

Copicat Spare Parts to keep your Copicat in top shape

Spare parts for Watkins WEM Copicats available from Amp-Fix
amp-fix.com
You must log in or register to reply here.