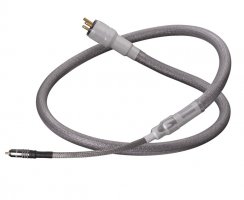 ​
There must be thousands of cable makers in audio-land all using different conductors, insulators, connectors and designs. Some use a scientific approach to their cables, others do not. Most use novel approaches to making cables to connect various components of an audio system, including the mains. But this review is not about any of that. This cable is a ground cable and is made by a Canadian company called GutWire. I have heard of the company before and admit the name is somewhat unusual and may not be the best name from a marketing view.

But before we get into the details, what does this cable aim to do, and why is it called a ground cable? Let’s start with what it is and what it is not. There are two ‘earthing’ issues, one for electrical safety and the other is a zero-voltage reference point for audio. The mains earth is there for safety and must not be interfered with or modified as it has a vital function, keeping your equipment and you safe. Do not modify earthing cables. The ground is a zero-voltage reference that the components use to provide a reference that the various signals can be compared. On RCA or XLR plugs/sockets, it is the earth reference.

It is not that easy. A simple copper cable would indeed allow any noise/voltages to leave your valuable component and go into the mains earth and then on to ground. However, the cable itself can act as an aerial, receive radio frequency interference and feed that back into your audio component. Not good. A way to get around this is to provide a shield around your grounding cable. So, your simple copper cable becomes a shielded cable and keeps the RFI out. There are various ways to do this and many are used in the various ground wires.

So that is what a ground cable is aiming to do. They connect the ground plane of your audio component via the earth of a spare RCA/XLR socket to the mains earth. The cable can be shielded to prevent any RFI from getting into the cable and into the audio.

Now some will be, quite rightly, saying that the ground plane of a component should be designed to be at zero reference voltage and that is straightforward to do. No need.

So, do the ground cables from GutWire do any good?

The GutWire ground cable I had here came from my good friends at Audio Consultants. It was the Ultimate ground cable, with a very high-quality copper cable between a lockable RCA plug connected to a decent mains plug.

The cable is 99.99% pure copper and has an equivalent 8AWG diameter, using 6x16 AWG cables. It has a special mineral impregnated jacket filled with a Rare-Earth Element Composition material, which reduces EMI and RFI across the entire cable. The mains plug is a Furutech FI-1363 Gold.

I connected the GutWire cable into a Luxman 590 AX Mk II amplifier fed by a Melco, Denafrips Terminator + and a Denafrips DDC. The Luxman went into my Audionote Es Silver Signatures. I wired the cable into a spare line RCA using the clamping RCA, which gave a firm grip to the socket. The cable is quite stiff and not very flexible, so you will need to ‘dress’ it to ensure it does not cause problems with moving components or stress sockets.

Did it make a difference?

Despite my extreme cynicism, it did. The backgrounds were darker and sounded as though they had less noise. What was more significant was the removal of the digital edge on some bright recordings. Earth-shattering……no. But leaving the cable in place for a few days and then removing it re-introduced that annoying digital edge to voices. Or if someone let rip with a trumpet, or an opera singer opened their mouths for the big finale, back came that edge on the big sounds. It had become even more annoying after hearing it removed. Not what I was expecting.

I then tried it on my Allnic valve amplifier with the cable connected to a line RCA and…. no difference! No matter how hard I listened or concentrated, I thought I heard a small difference, but as I tried other tracks there was no difference. And returning to the original track, no difference. Puzzling.

I tried a Vitus RI 101 Mk 2 with the GutWire into a spare line RCA. Back came the differences. This time the changes were more significant than those through the Luxman. On big orchestral music such as the Finale for Beethoven 9th, when the music starts with the orchestra at full pelt there was a small edge on those powerful notes, but add the ground cable and it was all but gone. The same with 2049 from Hans Zimmer. The 3D of the hall was easier to hear and even when the music gets big and powerful the edge was gone. It sounded very natural; well, as natural as this track will ever be. When I played less than well-recorded music with lots of sibilances the annoyance of the sibilance was reduced (in some cases by a good margin). The Vitus seemed to like this cable.

I have to admit, I was surprised at the effect this cable had especially with the Vitus but must warn you to try before you buy as your amp could be like the Allnic and it may only have a small effect. I can’t even guide you by saying the cable works better with SS amps and not valves. A home trial is important. This particular cable costs £635 and on my Vitus, it is well worth the money and certainly worth it with the Luxman. 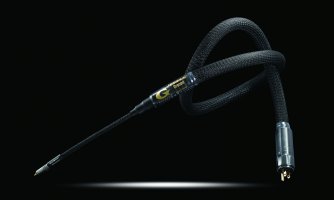 ​
I also tried the more expensive Consummate cable. This cable is much bigger and very stiff and difficult to manoeuvre. I could not use it with any components in my rack as I could not bend the cable around the back of the rack. I used it in the Vitus, which is not in the rack, but on a floor stand. There was a marked difference with the Vitus, the images became more solid and 3D with more bass weight compared to the Ultimate cable. But it costs £1420 and its value is more difficult to judge. As the Vitus is £14,200 I would say the changes are worthwhile.

For Sale The Clearout Continues!!