I have a Leak 3001 transcription turntable, has anyone heard of it before, if so what's it like. I have ordered a new belt (no old one present) and a Shure M-97X cartridge for it.

How did they rate?

Not much cop, i'm afraid Jane - it was just a fairly unexciting Jap deck rebadged by Leak. They did the same thing with their 'Delta' model, but this was at least rebadged Goldring Lenco GL75, so this is worth sniffing out.

Of course, the best of the lot was the 2001 which was totally Leak-designed and came with an Audio Technica AT1005 arm. It used a very clever suspension system of fluid-filled spheres. At originl demos, the chaps from Leak would whack the table on which the deck was playing with a hammer and it would carry on playing, completely unaffected.

Do you know what this is? holy f#ck is the the Cistern 7 Flushomatic turntable?

thats a russian designed arm, on romy the cats site theres a write up on his experiments with it.

holy f#ck is the the Cistern 7 Flushomatic turntable?
Click to expand...

Seriously, though - i have no idea!

Do you know and are teasing me or is this a new mystery we have to solve?! :Not Sure:

on a DD she'd sing like a bird i'm sure

I had seen it at Romy's site. I've just never seen one anywhere else. I think it is of Russian origin.

yeah thats where i saw it murray last year, that romy is one funny dude, his arguments on the aa are imfamous.

Didn't he have it X Rayed to see what was inside the ballcock?

Yeah --LOL i think you are right on that one, one very extreme personality he is.

Amongst the records you hold Murray, I think you now are owner of the 'quickest thread hijack' award. One reply and 'booof'. don't know whether to clap or boo

Yes, I'm sorry about that but after 2 posts on the Leak 3001 it had really been done to death!

I try not to take too much notice of what threads are about but just enjoy indulging in a bit of free association from time to time.

The tale of LEAK as a company is an interesting one though particularly in terms of who they employed. Some later very reknowned engineers learnt their craft there. They were a pretty large scale operation.

I keep meaning to buy this book to get the full gen. 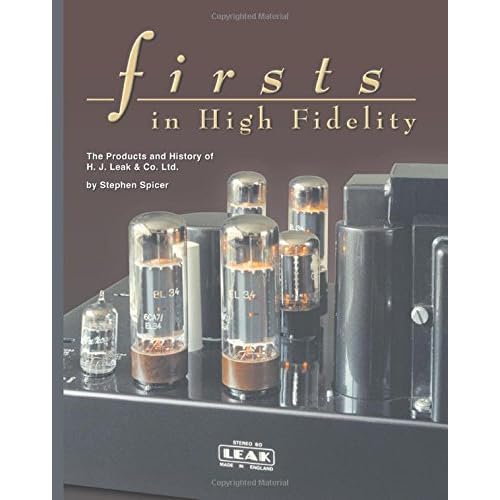 Me and my twitchy ebay finger!!

A
Leak Stereo 20 owners, what Pre do you use?

Power cable test thread from back in the day