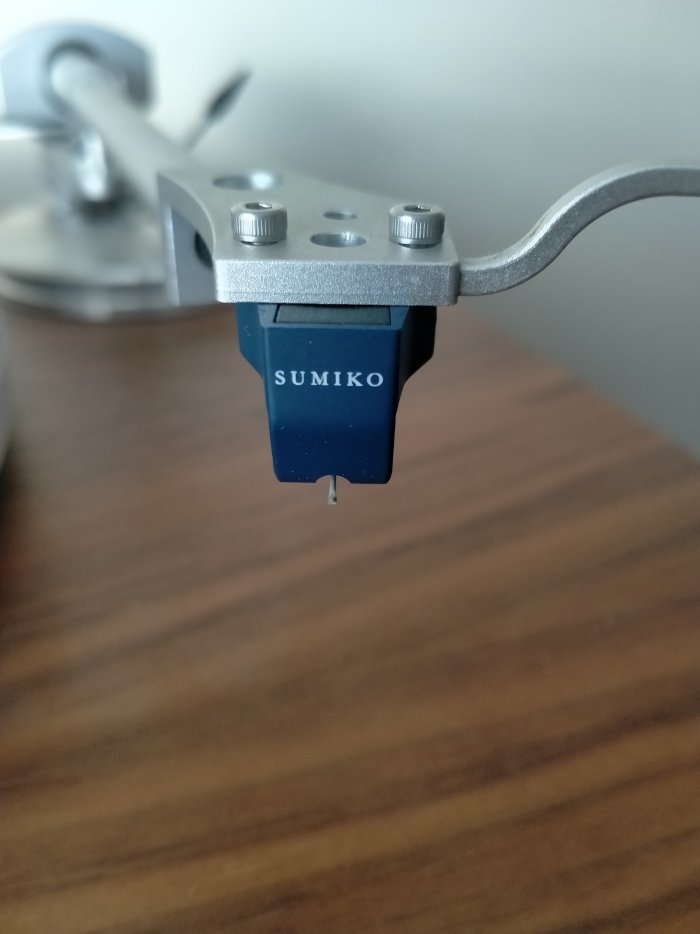 ​
Many years ago I was lucky enough to have the choice between one of the top Transfiguration cartridges and the Clearaudio Accurate. Both were great cartridges but with very different presentations. The Transfiguration was full of detail and delicacy whereas the Clearaudio was much more robust in its presentation. It was a hard choice, but in the end, I chose the Clearaudio because it was more rock’n’roll. Why am I talking about this now? Well, the point I’m making is that the Clearaudio was not a better cartridge than the Transfiguration per se, but different. It was however a better fit for me i.e., it suited my taste better. This is very often the case when it comes down to cartridges at a given price point, better or worse isn’t the question but rather, like so many things in life, is it to my taste.

Moving on to the review cartridge, we are looking at a price point that is also inhabited by the Audio Technica OC9XSL and the Hana SL amongst others. Both of these are good cartridges at their price point, and I’m going to say right now that the Sumiko is ultimately neither better nor worse than these two. “So, what is the point of this review?”, you may ask and my answer would be, “To give you an idea of its presentation so you can see if it might suit your taste”.

Let’s start at the beginning. When I was offered the opportunity to review a cartridge from Henley Audio, I was originally offered an Ortofon. The thing is that Ortofon is very well known in the UK, and certainly to members of The Wam, whereas Sumiko gets much less exposure here. With that in mind I asked Henley if I could review a Sumiko instead. I was offered the relatively new Blue Point No. 3 which replaces their previous Blue Point No. 2 model and is available in low and high-output versions. As my phono stage is low output MC only, that is the version for review here.

The cartridge arrived in fairly basic packaging, which is entirely adequate and preferable to spending money on a beautiful presentation case which ultimately will sit in a cupboard somewhere. The Blue Point No. 3 is housed in what appears to be a dense plastic body which is unsurprisingly a nice shade of blue. Sumiko says that this new body has better resonance characteristics than the model it replaces, but then again, they also say that the cartridge has a “buttery” bottom end which rather unfortunately just made me think of Last Tango in Paris. The body has threaded inserts for the mounting screws which I always appreciate as it makes mounting the cartridge so much easier. Another thing that makes mounting this cartridge easier is the clear view of the stylus from the front. One thing I did find was that the cartridge pins were smaller in diameter than normal, which meant that the tags just slipped off. Careful application of a pair of needle nose pliers to slightly close the headshell tags solved this problem, but one has to be very careful when doing this as the wires are so delicate.

My current turntable is an Acoustic Solid 111 Wood with an Audio Note Arm 1 v2, and I had the Sumiko up and running within the hour. The output is a healthy 0.5mV and the internal impedance is a surprisingly high 28 ohms, which would suggest a load of at least 280 ohms for the phono stage. I used 330 ohms which seemed to match well given the overall capacitance of my front end. Compliance is 12x10-6 cm/dyn @ 100 Hz, which relates to between 18 and 24 @ 10 Hz, as direct conversion is unfortunately not possible. In the Arm 1 this gives a resonance towards the lower end of the acceptable band, helped by the fact that this isn’t a heavy cartridge at 6g. I set the tracking weight initially at the recommended 2.0g, but the cartridge wasn’t happy tracking at this weight while it ran in, so I upped it to 2.4g. There was a point at which the sound became muddy at this weight, which told me clearly that the suspension had loosened up nicely, and then all subsequent listening was done at 2g. Running in took about 30 hours. One thing I wasn’t too happy about was the stylus guard, which can be fitted either way round. However, if it is fitted back to front, then it will foul the stylus itself. I discovered this fairly quickly, as the front and back aren’t well distinguished, but fortunately I had the system on at this point and stopped trying to fit the guard as soon as the stylus tip touched the plastic cover, and no harm was done. I would like to see the front of the guard better marked, and if you get this cartridge you might want to add a bit of permanent marker to the front of the guard to help you out. Other than that the guard is an easy fit and works well.

At this price point we seem to get a mixture of stylus types and cantilever materials, with line contact styli becoming almost ubiquitous when you get over the £1,000 mark. The Sumiko uses an elliptical stylus mounted on an aluminium cantilever, and I don’t have an issue with this. Some very fine cartridges use this arrangement, and as usual it’s not just the ingredients that count, but how they are cooked.

There are two immediately recognisable features to the sound of the Blue Point No. 3. First is the body and weight to the bottom end. I don’t know if it’s buttery, but I certainly liked it. This gives real impact to Mike Rutherford’s Taurus bass pedals when they crash in on Fly on a Windshield from the Genesis epic The Lamb Lies Down on Broadway. It also gives warmth and body to kick drums, which can often sound overdamped with some cartridges. Electric guitar has substance and acoustic guitars acquire a wooden resonance that can be reticent on some other carts at this price point. Second is that this cartridge is smooth. I don’t mean in a dull and boring way, but it is that there is no point at which you wince when maybe a high-pitched guitar solo comes in, or at cymbal crashes that are high in the mix. For me, this is a cartridge I can listen to at length without strain or fatigue. So far so good.

On the other hand, while there is a lot of detail on offer, it doesn’t have the sort of filigree at the very top of the treble that you get from the AT OC9XSL, although that cartridge is nearly £100 more expensive. Also, although the AT has bass slam it doesn’t have the warmth and body of the Sumiko. Soundstage is nicely spread wide of the speakers and has the sort of hear-through quality you would expect from a good cartridge. Imaging is exceptionally good, although to be fair my system is very good at this anyway. Snare drum has great snap and impact, yet doesn’t sound at all thin and papery. Playing the Moroccan Roll album by Brand X showed that the Sumiko is not dynamically challenged, with Phil Collins’ drums jumping out of the mix at the appropriate points. Bass lines are full and easy to follow, but not bloated. Vocals are clear and expressive, with female vocals in particular never becoming shrill. There was a hint of sibilance on occasion which I suspect would vanish if I had added a tiny bit to the tracking weight. Minute adjustments are very tricky with the Arm 1, and it was very occasional so it wasn’t bothersome.

If I were to categorise the Blue Point No. 3 against the AT OC9XSL and the Hana SL, I would say that the OC9 is more about detail and delicacy, the Sumiko is about smoothness and power, and the Hana is somewhere in the middle. Which one is best suited to you is very much a combination of taste and the sort of music to which you listen. Given the choice of one of the three, which one would I choose? Personally, I would choose the Sumiko, because it’s more rock’n’roll. 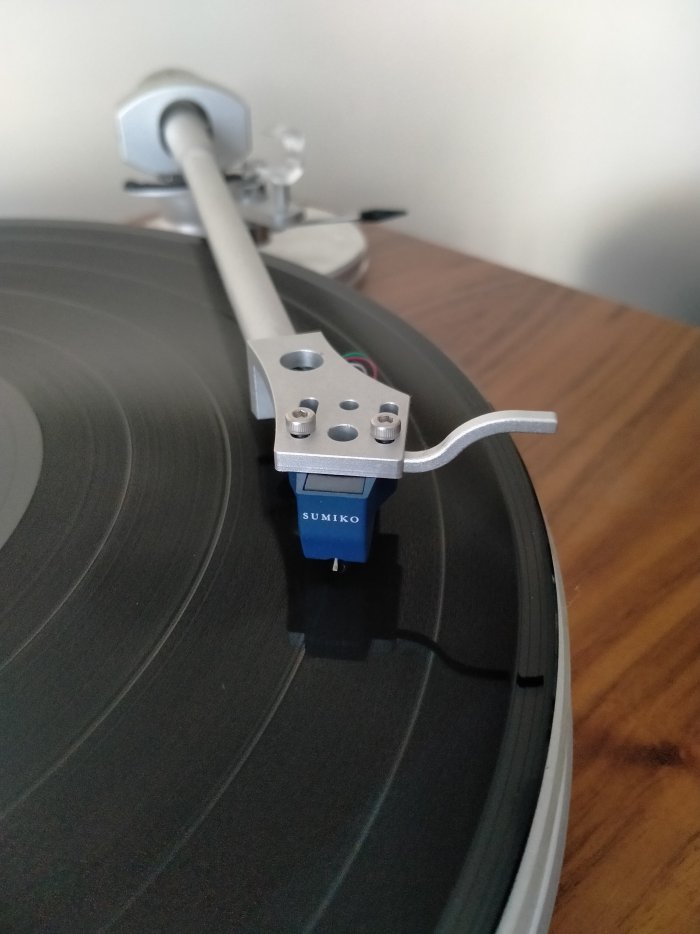 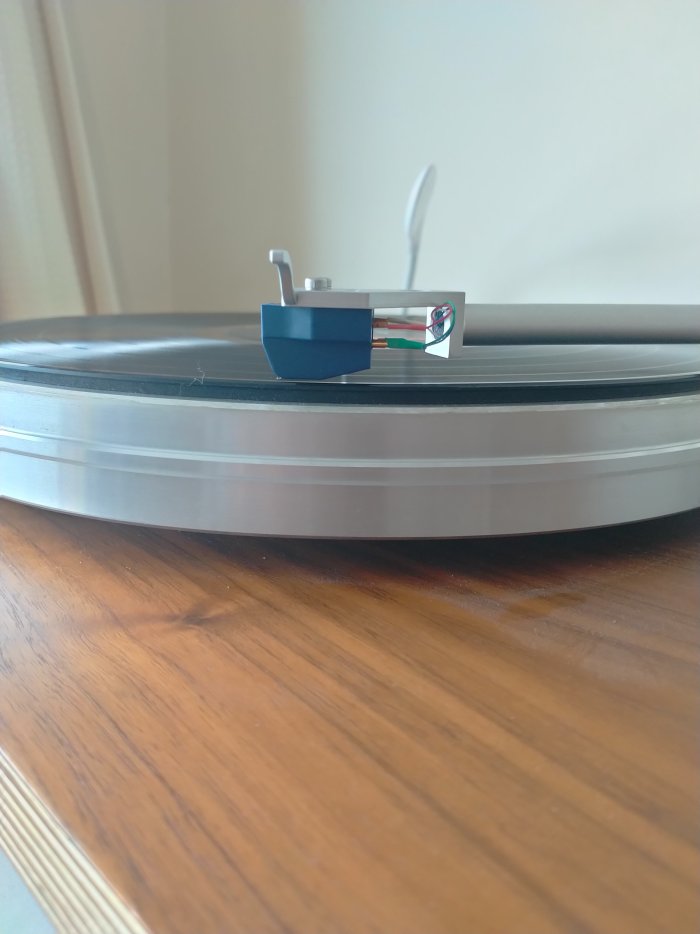 For further information about the Sumiko Blue Point No. 3 visit the Henley Audio website:

Welcome to Henley Audio, the UK home of some of the world's finest audio brands

www.henleyaudio.co.uk
Reactions: Colinjg, Fullrange, DomT and 5 others
Click to expand...