Sometimes the answers are not where you think . If i follow my thought processes back i would never find theone possiblesolution to the bain of hifi owners . The suspended wooden floor.:Upset:

A speakers potential can and is seriously hampered by the energy travelling through your speaker into the floorboards and consequently you phoning the local seismology centre to report underground subsonic activity in Sidcup. Apparrently the last earthquake in Sidcup was at the moment of Big Bang but as no records were kept then they can't with any great authority say that was the case.:Not Sure:

Anyway one possible answer to this problem comes from the pro world of Music and a big thanks to Mosfet for this one. Its with no suprise that most concerts are played on stages and obviously some stages are bouncier than others. So what do those sneaky musicians use to combat that bass chord reaching the audience rather than Australia.

Well its one of these

The company is called Auralex and they make acoustic foam . Yes this platform which is only 23 inches by 15 supports 300lb's. Yes thats right one Hifiwigwam per support and all for the ground breaking price of Â£55-60 per platform. Now underneath are two wedges which run the full length of the support and in the middle is some acoustically treated foam that you would normally see on the walls of a recording studio.

Now energy transmitted and then bounced back cancause congestion and poor bass response . The mids and trebles can sound closed in and your cup of tea can also fall off the table.

Is this a cure for all. No but its much more of a cheaper option than totally decoupling the speaker like Airtek or Townsend. Stability seriously isnt an issue as some might think. I will be next placing some marble plinths on top which again is a much more cheaper option to tighten the bass up further. This is all part of a fine tuning operation . I 've lived with these platforms for a week and though they are pig ugly they can be easily disguised and will be once i've settled on the final set up.

Guess i`m lucky Duvet, I`ve never had a prob with resonance in my room with a wooden floor. I slapped a double layer of sound deadening foam underneath all the laminated floors in the house as it can be quite cold in the winter (victorian house, high ceilings) and has done wonders for controlling bass. I Don`t experience footfall, even with the kids running round dancing to the music when vinyl is playing.

Apparrently the last earthquake in Sidcup was at the moment of Big Bang but as no records were kept then they can't with any great authority say that was the case.:Not Sure:
Click to expand... 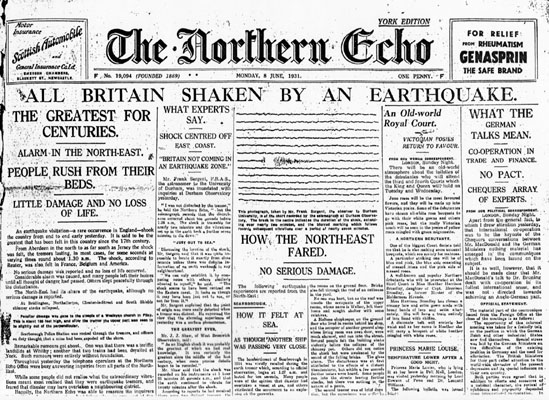 Last one I felt was four years ago in Japan, about a 2 I am thinking bloody hell and the locals did not give a toss :shock:Been interested ever since.

I also think it's important to make sure there isn't a loop between speaker and suspended floor, with suspended wooden floor, rack and kit.

I have my speakers on adjustable spikes with cups on top of a granite slab which stands on a thick rubber mat. This made a tremendous difference to the amount of energy being fed directly into the floorboards by the speaker enclosures themselves, but the sound pressure waves from the drivers also react with the ceiling, walls and floor, so isolation under the kit is also important for contributing towards minimising that source of acoustic feedback. With both the rubber mats under the granite and the isolation under the kit (especially the CD transport)it sounds considerably better than without.

The Tannoys still shake the furniture though - but at least I know thats because they shift a lot of air, not because the foundations are being shaken to bits

Duvet , if you can get under the floor contact or have a look at Sid &amp; Coke's website , passing buses used to shake his house , but there is no flies on this guy.

Suspended floors are shite , I bounced the Cartrige man's Air tangent arm over Nirvana's Nevermind at Scottish HiFi show even when taking care , bloody red neck that was , luckily I have concrete floors in my downstairs rooms , but the missus wanted laminate flooring on top of it. :Not Sure:

Gladyou got it part sorted mate.

Biscuit , if you aint shaking furniture with them big bad Tannoy's , turn the amp on.

The rubber under my slabs does allow the speakers to sway around and I would imagine the auralex also does the same with tall thin heavy speakers soI'm going to be building a pair of customisolation plinths based on an idea I've had recently. Finding the right parts at the right price at the quantity I need is a pain in the butt though

my Auralex platforms arrived today - big improvement all round, big recommendation considering the (relatively) minor costThe Tannoys still shake the furniture though - but at least I know thats because they shift a lot of air, not because the foundations are being shaken to bits

yup - you weren't kidding about their effect Duvet - its a tight squeeze to fit the Tannoys on them, but the improvements were really quite something.

Would definately recommend people to try these instead of the next cable upgrade - especially if their speakers put out a lot of bass and they have a wobbly floor.

I don't think my suspended floor causes any problem, but I am thinking about putting some sort of isolation underneath the stands.

Maybe its just you chaps with great big speakers that have a problem?

if you havn't noticed a problem, there probably isn't anything to worry about tbh Stuart.

Although cheap in audiophile terms (how much would a 300lb Seismic Sink cost?

) Â£110 is not exactly throw-away money. If you do have issue though - the improvements make it a bargin!

Pen for writing on cds

10 years of system refinement down the pan.

Any computer savvy Wammers out there? Baffling issue with my NAS...